New Horizons was thrilled to celebrate Director of Community Relations Barbra Graham when she was awarded a 2020 Hometown Hero distinction during Boston 25 News’ Woburn Zip Trip. Nominated for her boundless devotion to our residents, Barbra infuses warmth, creativity, and fun into everyday life at New Horizons. View the feel-good segment to learn just a few reasons residents are proud to call New Horizons at Choate home.

After first joining New Horizons at Choate in 1994, Executive Director Christine Coakley (781-932-8000) gained extensive experience in her role as director of community relations. She also served as property manager for the adjacent Choate Medical Center. Born and raised in Woburn, Christine continues to make her home there with her husband of more than 30 years, Michael Dudal, and lives within walking distance to New Horizons.

Associate Executive Director Lisa Yarin has vast experience working with residents, family members, and caregivers in both senior living and home care. Lisa joined the New Horizons team in January, 2016 bringing with her the knowledge and skill needed for her role in our retirement community. A long time Winchester resident, Lisa is the mother of two children.

Barbra Graham assumed the role of Director of Community Relations in 2013. In her original position as activities director, Barbra proved to be an innovative and creative influence on that department for several years. Barbra has also resided within walking distance of New Horizons with her husband, Chuck, and their three daughters since 1991.

New Horizons Board of Trustees 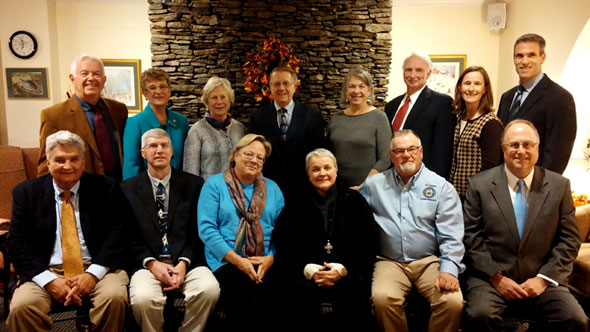